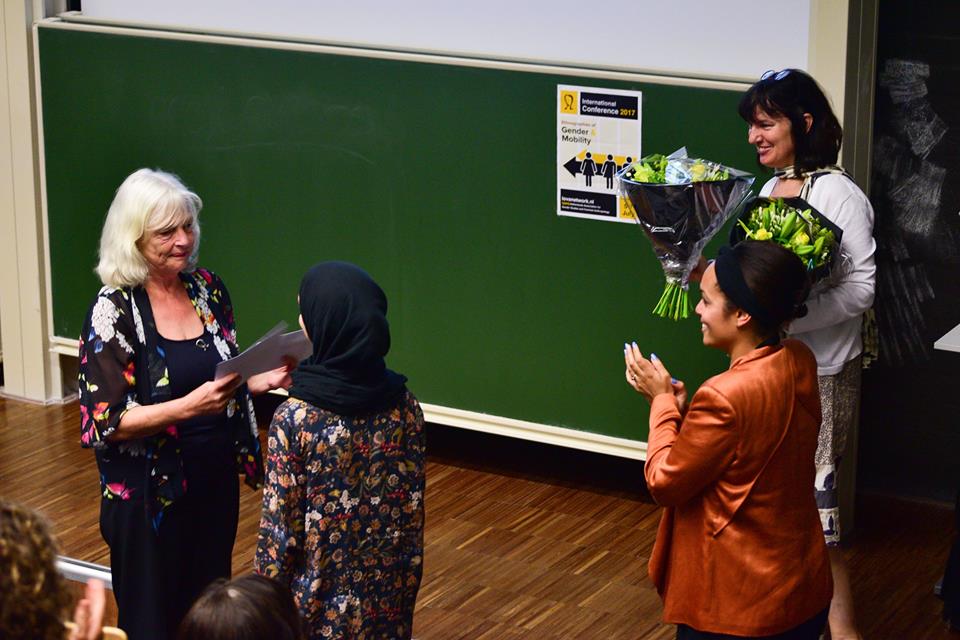 The first place, the best MA thesis in the field of women-and gender studies in anthropology in the Netherlands, was won by Belén Gianquinta with her thesis: “Silenced Subjectivities and Misrepresentations – Exposing the contradictions of the international child marriage discourse” (Human Rights, Gender and Conflict Studies, ISS). Unfortunately Belén couldn’t be there, but we wholeheartedly congratulate her with her prize.

The second place was won by Menal Ahmad with her MA thesis: “The Fight – An ethnographic study on the relationship between gender, martial arts, and Iranian women’s citizenship” (Cultural Anthropology, UU).

The third place was won by Afiah Vijlbrief with her thesis: “Genderfluidity: A qualitative study on the gender identity of the Amsterdam Genderfluids”(Sociology, VU).

Congratulations to all! The Jury report will be published in LOVA Journal #38.